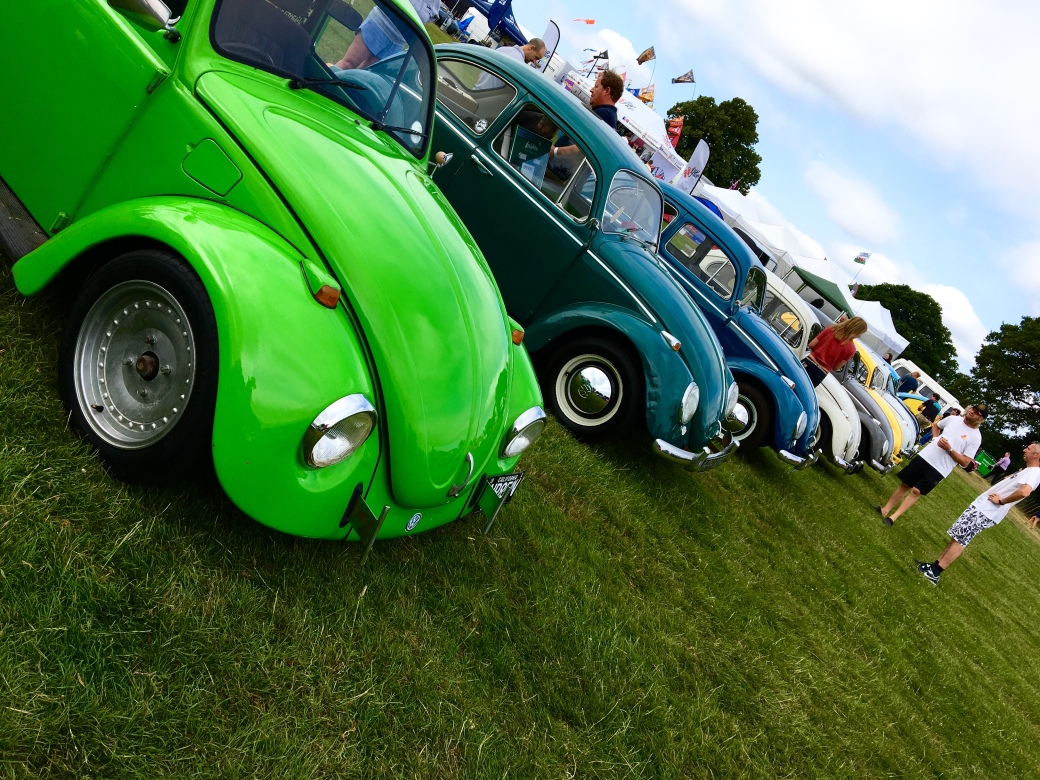 A weekend VW show in the [listed] grounds of Penshurt Place. Taking place mid July, a weekend of sunshine is more guaranteed than VW festivals (festival is probably a better word to describe a VW show) that take place earlier in the year. Volksweald 2019 was mostly overcast with patches of sunshine; however, the patches were sufficient enough for the majority of people to look sunburnt Sunday morning. Even better, the chilly, drizzly Sunday morning made the jumper wearing, sunburnt festival goers look typically British- sunburnt after minimal sunshine. 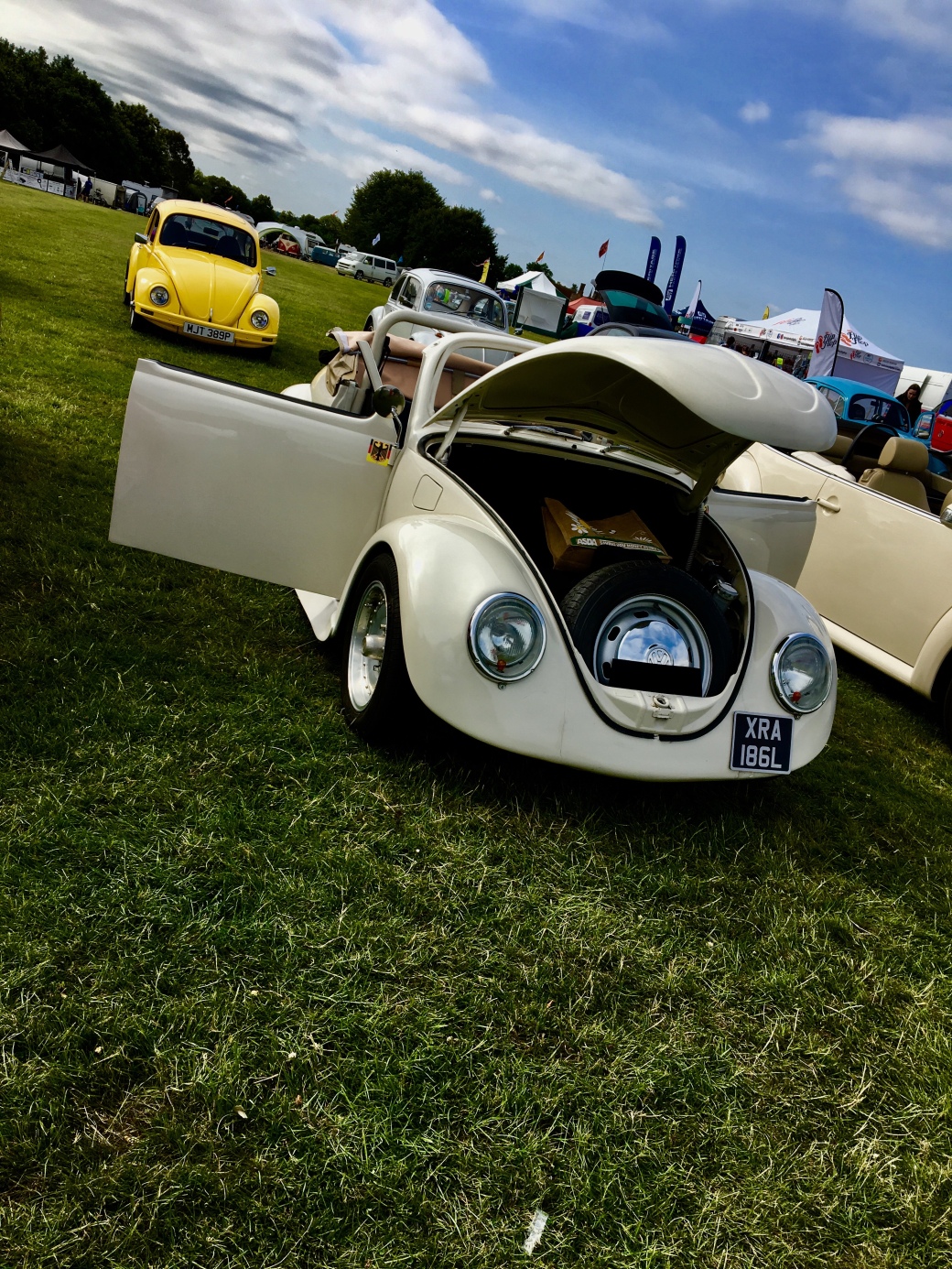 Friday night’s live music was Bug Beats, a disco bus playing a varied selection of music in the music tent. Brilliant. From Kings of Leon to Proclaimers to Robin S. Before Bug Beats, a selection of performers took to the stage. One performer, Dave Manning, played a set Friday, Saturday, and Sunday. Friday’s set was performed on the roof of his ‘rat look’ bus, the other 2 on the main stage. Dave’s keyboard sat on a straw bale and he sang his own songs, with the occasional cover (Kenny Rogers- The Gambler). His voice was amazing, a mix of blues and country. Looking this guy up in YouTube is definitely recommended; a top bloke as well, from America too. Exotic. The only downside to the music tent the 11pm bedtime, understandable due to being a family show, however, it also meant the party was over as it was just getting started.

Saturday was ‘Beetle’ Saturday. Rows and rows of beetles, old and new, and a row of buggies. Plenty to look around, owners were happy to chat about their cars and it was easy to leave wanting to take one home. Picking a show n shine winner must’ve been a difficult job. 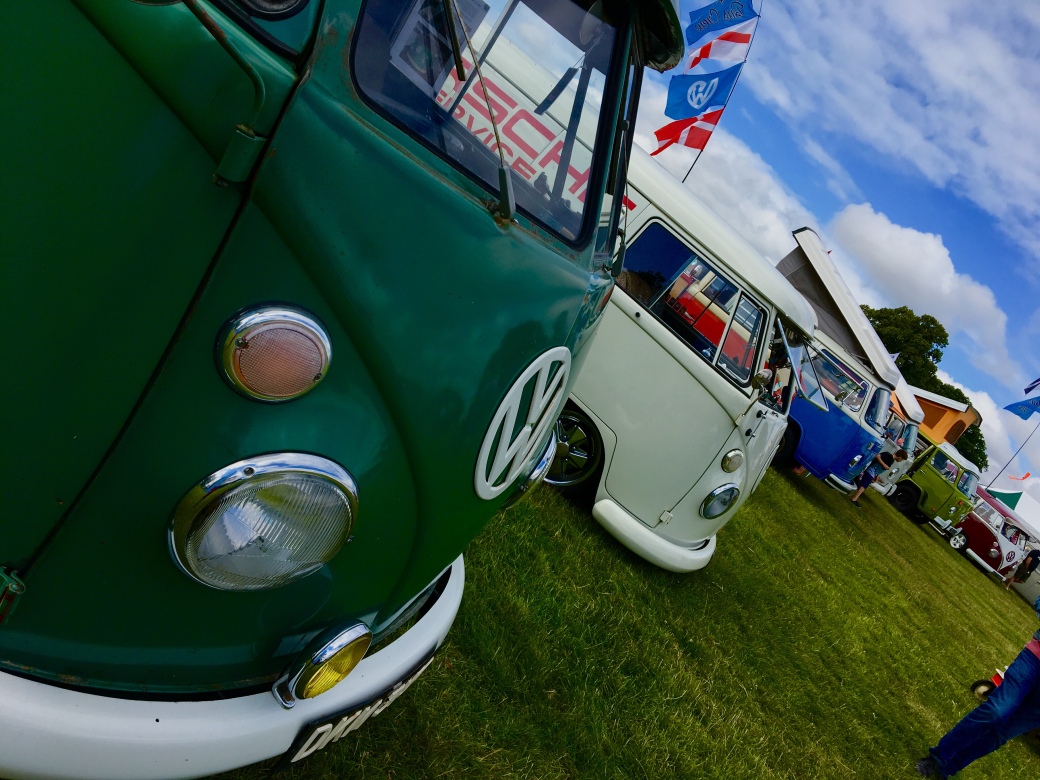 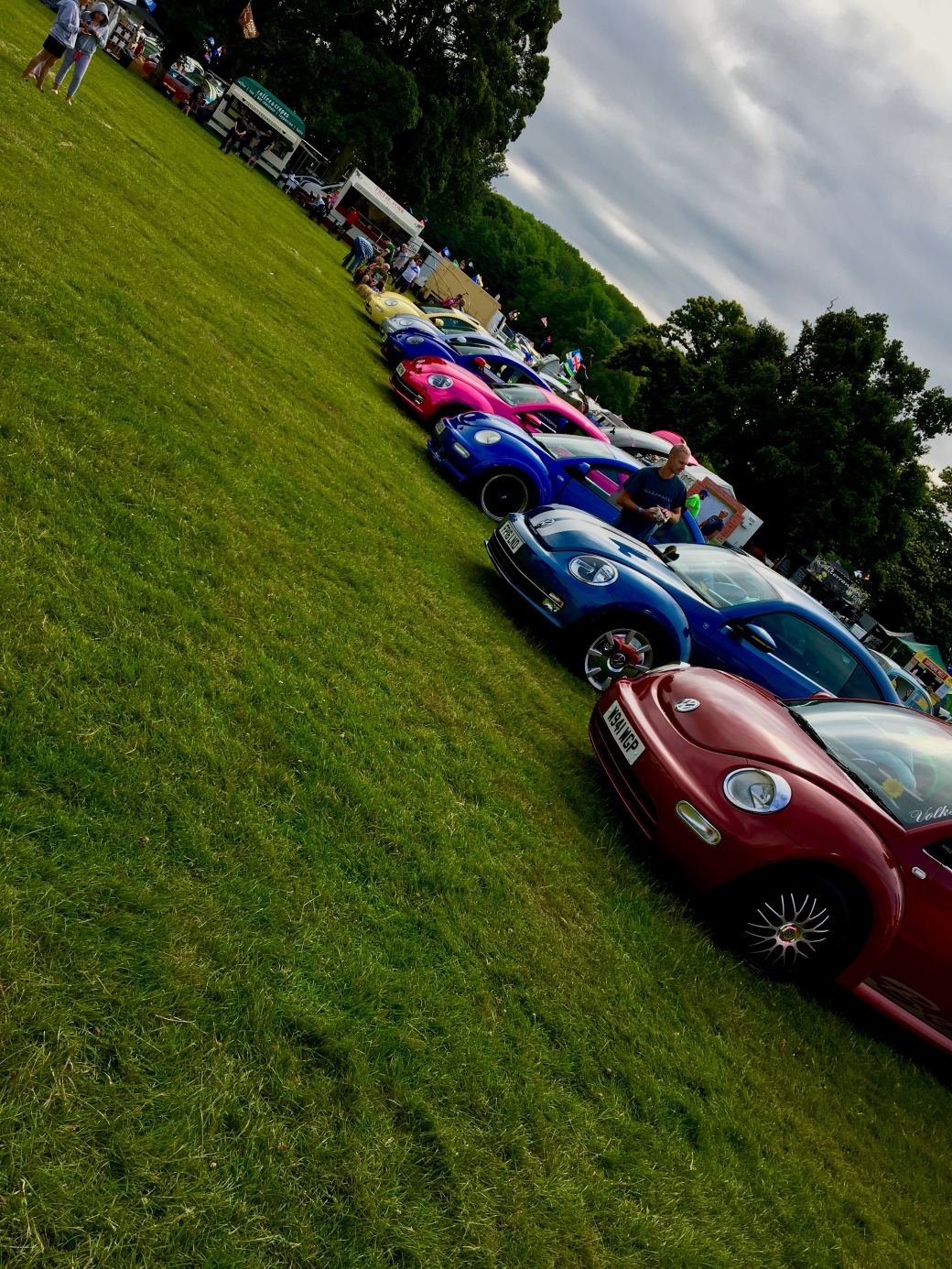 Alongside the live music and car shows, the location meant that the grade listed Penshurt Place and gardens could be explored. There was an adventure playground for the kids and a woodland walk leading to a maze (not just for kids). Entertainment within the show included traders and stalls (jumble stalls, glitter/ hair braiding, target slingshots, clothes, fudge, unique and handcrafted things, massages and many more). On Sunday morning, owners could enter their dog into a dog show; not serious like Crufts but a bit of fun and a great opportunity for socialising.

Also, for those that didn’t fancy cooking, there was a wide variety of food stands (pizza, fish n chips, Mediterranean wraps, Indian, pub ‘street’ grub, breakfast, doughnuts, crepes….). And of course, an inflatable pub and a gin bar to stop dehydration!

Overall, a chilled out, friendly show with stunning views and plenty of things to get involved with. 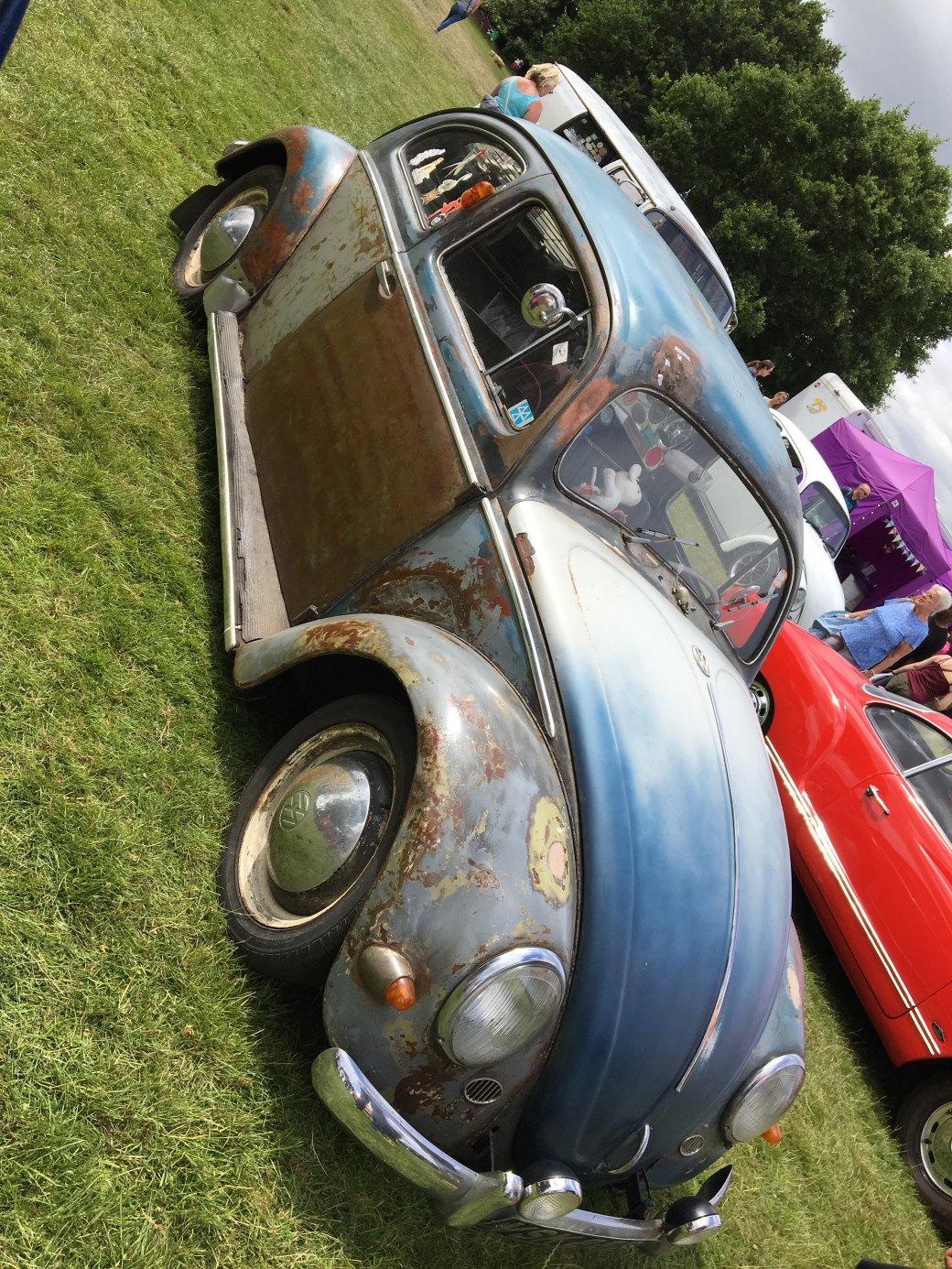